David joined Southern Shows Inc. in 1983, and became president in 2000. His current and previous involvement in the community and industry include the Home & Garden Show Executives International (past president), The Rotary Club of Charlotte (past president), Queen City Toastmasters (past president), the Charlotte Branch of the Federal Reserve Bank of Richmond (past chairman), the Salvation Army Charlotte Arena Command (board member), and The Scottish Bank (founding director) . On the few days he’s not working, he enjoys spending time with his family, traveling, scuba diving, and fishing.
contact 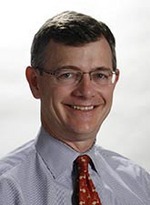